skip to main | skip to sidebar

Ripples from the Center

a little wit, wisdom & whimsy to enlighten you on your way...

CAUGHT ON FILM... by "Caught on a Tangent"

La Palabra: The Word is a woman 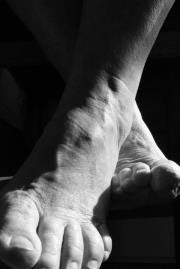 “Speak with your images from your heart and soul. Give of yourselves. Trust your gut reactions. Suck out the juices – the essence of your life experiences. Get on with it; it may not be too late.” Marion Post Wilcott

❤ Our Hosts: Albuquerque Center for Peace and Justice

❤ VIDEOS OF SELECTED READINGS: La Palabra's Poetry &  Photo Exhibit Opening Reception, Friday, April 20th.  Thank you ❤ Katrina K Guarascio and  "Caught on a Tangent" for your poetry, heart, and for filming this event!

❤ The writing prompt that had the strongest resonance for me was from leslie marmon silko's novel, Ceremony.   I had read the book years ago, but had forgotten this precious poem.   This is the beginning stanza of the larger poem that Silko wrote and so brilliantly interspersed into the book:

Ts' its' tsi' nako, Thought-Woman,
is sitting in her room
and what ever she thinks about
appears.She thought of her sisters,
Nau' ts' ity' i and I' tcs' i,
and together they created the Universe
this world
and the four worlds below.
Thought-Woman, the spider,
named things and
as she named them
they appeared.
She is sitting in her room
thinking of a story now
I'm telling you the story
she is thinking.

❤ Here is my poem that is on Part I.  It is one of a series inspired by Thought Woman.  Read it as a whole, then go back and read each column separately...

FYI: what is la palabra? check this link ❤
http://www.youtube.com/watch?v=kKmVIFEemao&feature=share

La Palabra: The Word is a Woman is a female writer's collective founded by poet Jessica Helen Lopez. La Palabra was conceived in conjunction with the National Hispanic Cultural Center's annual Women & Creativity Series and is for and by women artisans. A four-part poetry writing intensive workshop designed to assist the writer in creating a literal and metaphorical "body" of work, each workshop worked to address a particular region of the female body. Exploring the female creative principal and other various creation myths Las Palabracitas will present their works through the lens of the written and spoken word.

Essential to the workshop is an accompanying black-and-white photo exhibit by Denver photographer Mariah Bottomly that celebrates the topography of the female body in the context of its beauty and perceived flaws, functionality and health, sex-positivity and sexual/gender identity.
Posted by Julie Brokken at 11:41 PM No comments:

IN THEIR OWN WORDS

As I meditate on these images
it dawns on me that
my camera has captured quiet portraits.
I invite you to ponder these elemental characters,
engaged in their own quiet relationships
and conversations...

click on this first image to enjoy the  purity of the images
(slide show) then return... 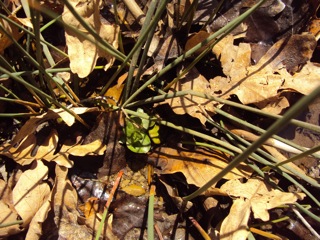 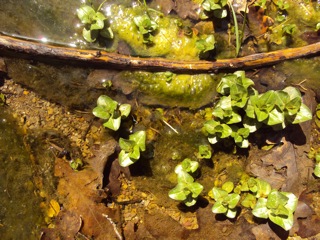 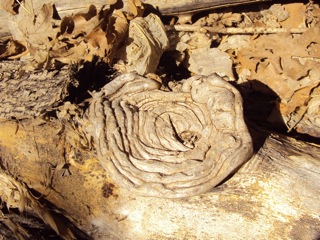 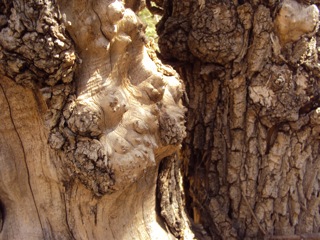 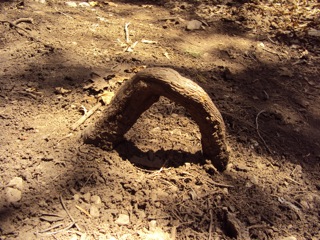 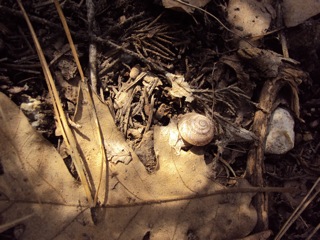 ... their chats of growth and decay,
form and function...
seasons and reasonings of their own...
last year's Gambel's oak leaves
with lingerers from previous years...
decomposing,
surrendering themselves to water,
assisting in making mud and nutrients...

water talking in its rippling flowing language,
gently here, with plants, algae, earth, sunlight...
quiet, easy, yet vital  conversations
welling up from Bill's Spring,
here on the east side of the Sandias

sticks with stones
burls and tree trunks,
a root that would be noticed,

a snail shell conversing with
fallen pine needles, oak leaves, twigs,
and dust, a stone, and shadows, dappled light
speaking of their own philosophies of cycles,
beauty and rebirth...
this sweet and fecund earth...
Posted by Julie Brokken at 1:55 PM 1 comment:

INSPIRED TO RIPPLE A LOVE OFFERING or PURCHASE ART/PHOTOGRAPHS (juliebrokken@yahoo.com for prices)